If I’m Right About You, And Know You As I Believe I Do, You Often Feel Like The Odd Man (Or Woman) Out

This letter is about my convening a unique program only for the likes of us. “normal” people not welcome. 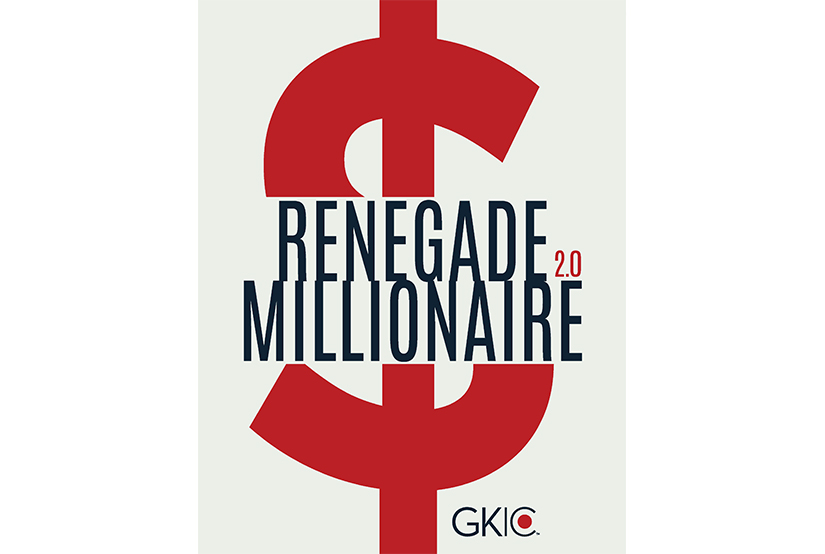 We are typically viewed by many peers as barbarians. Or fools. They judge what they see us doing – what of it we let them see – as so out of whack with the norms they conform to, that we scare them, annoy them, even enrage them. Mystify them. They scoff, laugh, ridicule. Sometimes they demand we be brought to heel by some Authority. We are at odds with much of our own industry or profession. And it doesn’t stop there. We’re often disapproved of by family and friends. Demonized in media. CONSPIRED AGAINST.

Rather than be cowed by it, we see criticism, resistance, and opposition as encouragement. I know that I am on the right track when a majority scream and squeal. This is a Core Concept for me.

This isn’t just about ‘immunity to criticism’ – although that’s important. I’m talking about a level above and beyond THT were even fewer dare tread: revealing in it. Using it as a barometer. A predictive measure. Walt Disney once said that he was never frightened unless a majority of his own people or of any group instantly liked his idea. He hoped for skepticism. If you are often acting – and having to act in opposition to the ideas of “proper-ness” of those around you, and you have to fight seepage of their small, timid and average thinking into your head… Renegade Millionaire 2.0 is for you.

Of the room that winds up owning the whole place. I’ve lived it for 40+ years, and I’ve witnessed it over and over again. It takes BRASS BALLS to disregard and override an entrenched, well-defended status-quo of any kind. Lots of people give lip service to it and like labeling themselves Renegades, but most are all bark and no bite. Not really LIVING IT. I’m now looking for entrepreneurs who are DEEPLY COMMITTED to Renegade-ism.

Of course, you have to carefully pick such battles, but once you do, you need both the determination and the methodology for succeeding against all obstacles and opposition. Just for example, do you know the most effective way to gain acceptance for a radical idea; to break through the “we’ve never done it that way before’ wall? One of the stories I’ll tell you in Renegade Millionaire 2.0, is a little-known story of the Disney movie no one there wanted to make, its opposition, how an OK to do it was obtained, and how it defied a long-standing Walt practice and altered the course of the company forever, for the good. Fast-forward to today’s venture capital market where the same method has been used to get billions poured into dozens and dozens of start-ups, all built around one bad idea, all failing.

I imagine you are recognising the rising level of difficulty surrounding you and your business, manifesting in so many different ways. And the chorus that grows louder, with “why can’t you do thinks like everybody else does and be normal?” – this, specifically applied to your thinking and beliefs, your demands of others, your advertising and marketing, your business practices, your ambition and more. This makes you and me Kindred Spirits. Activists against the mundane and mediocre, the ordinary in anything, but especially in results. And, my unorthodox methods DO get results.

Renegade Millionaires overcome Opposition Forces many times during their careers. You don’t get to do it once, then never face the same kind of opposition again.

There is no “lifetime pass”. This is something you have to get good at. And like. Thrive on. It is mindset and skill-set. It is an overall “approach” to adopt, adapt and apply. This has never been more necessary.

This Letter tells you why – and why Renegade Millionaire 2.0, now. It is an invitation to a next-level of autonomy and accomplishment. A deeper dig into critical concepts with me, than ever before. Please read about it and consider it potential importance to you. My Underground Resistance Movement and your decision is required NOW. I can’t conscript you, although I would if I could. There’s no draft; you have to volunteer. But if I could, I would reach right into your pocket, open your wallet, take your credit card and get you registered immediately, because I believe what you will learn in Renegade Millionaire 2.0 is that important for you. Follows, the best I can do for you…

A dozen years ago. U.S. Presidents have gone and come. Long viable products, businesses, and iconic brands believed permanent have left the market, relegated to history’s dumpster, and entirely new businesses, as well as new products, services, money streams, and media, have risen. Online, Myspace died, Yahoo is dying. 9+ years within those 12 of near-zero interest have fundamentally changed the American economy. A new war with terrorism has changed the world. What next? – a giant meteor crashing into earth?

Of course, a lot of the most celebrated “new” is revealing itself to be a facade in front of illusion and delusion. Sorting out the viable and useful from the fools’ gold is no easy matter. You are daily assaulted, bombarded, distracted, pulled hither and on. Much of what was purported to simplify and speed accomplishment has actually complicated and slowed it. It is even more important to have absolute governing principles – itself a Renegade idea in opposition to the rising popularity of uncertainty and flexibility, the rising pressure to let yourself be tossed about by the winds. It is evenr more important to have the discipline to ignore many things and focus on a few.

A lot has not changed

In terms of principles and strategies, about which uncompromising clarity of thought and stiffened spine are urgently needed.

It is against this backdrop that i step up now, to tackle the biggest of the big questions: what really works. What to focus on in every aspect of success – and what to ignore and leave to others. There is a good reason to re-visit my renegade millionaire work. Update. Expand on. Dig deeper.

So: now i will present…

Renegade Millionaire 2.0 is one of my most popular training ever.

And this will be the last time I ever address it. This will be the tour de force. The magnum opus. Its ambition is to synthesize and synchronize ALL my work having to with Renegade-ism, spanning all the years, the hundreds of hours of prior presentations – some recorded, some not, the intimate work applying these strategies with clients to diverse businesses that then wildly out-perform their industry’s norms, the thousands of pages of information….. all into one epic, intense ‘adventure’ attacking convention and compromise, confinement and limitations, concession of any kind. It should be instantly obvious that Renegade Millionaire 2.0 is NOT a ‘mass entertainment.’ It takes a certain militancy about one’s ambitions, individuality, and autonomy to be a Renegade Entrepreneur. We are gathering to make ourselves gods and kings of our own kingdoms!

Such a thing is a radical idea, uncomfortable to many, resisted mightily by many. There is a massive accelerated move afoot against exceptionalism, in favor of egalitarianism. It pressures from every direction.
I am reviewing all the Renegade Millionaire recordings, notes, etc. myself to choose the points to expound on. Beyond that, I’m drawing from “case files” of hands-on work with clients Renegade-izing various aspects of their businesses, sometimes against considerable internal or external opposition. THIS IS IMPORTANT. Information is one thing, but seeing its real-world, against-resistance application is much more “spine-tingling” and provocative. And, better from businesses on Planet Dan, and from businesses you never even knew existed than the most common references – Disney, Starbucks, Apple.

Do you remember the TV show

THE BIONIC MAN, starring Lee Majors? At its opening, it talked about “re-building” the lead character to be quicker thinking, stronger, faster, more able to withstand any danger or foe. I forget the exact words used, but that was the gist of it. That’s what I want Renegade Millionaire 2.0 to do for you. And more. I want you more able to withstand the opposition to exceptional achievement, and I want you empowered to accomplish more of what you want to do, faster and more certainly. “Bionic”, incidentally, is a word with its origins in the 1960’s, a short history for language. It means: having ordinary human powers greatly increased and enhanced.

Also in the 60′ s, “cybernetics” captured interest, and the original Psycho-Cybernetics book by Dr. Maltz (which I later up-dated as The New Psycho-Cybernetics with Dr. Maltz) was a monster bestseller, going on to top 30-million copies sold worldwide, in all editions. Maltz wrote about the methodology for “locking on” a human’ s progress toward a goal in the same way a programmed missile could be “locked on” to a target, so that, even as it might have to zig-zag around obstacles, it would not be dissuaded from its purpose and would hit its target, no matter what.
That same cybernetic missile technology now powers the little self-driving Roomba vacuum cleaners, by the way.

Humans too often try doing this purely by conscious-mind will-power and determination, which, while vital, is, itself, a failure 9 out of 10 times. Renegade Millionaire 2.0 fully integrates cybernetic science, the minds, the psychology of achievement against opposition with practical, pragmatic business strategies and tactics. Let me get into this by sharing the incident that ignited my interest in re-visiting and re-booting Renegade Millionaire …

Here’s What You Get Inside Renegade Millionaire 2.0