You Know What You Want: Money, Freedom And Adventure. 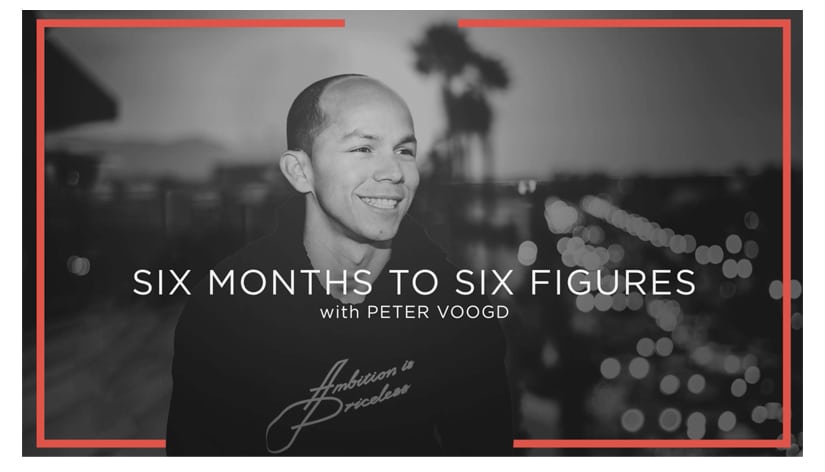 But sometimes it feels like you’re on a treadmill– you’re working hard, but your goals don’t seem any closer. Why? Because you don’t have a plan. You’re trying piecemeal tactics without strategy. You’re mimicking what gurus and “influencers” do, even when it doesn’t mesh with your strengths. If you’re tired of working hard and getting nowhere, it’s time to hit reset. Stop, take a breath and rethink your strategy.

Peter found himself in exactly that place. He was hustling but was still so broke that he couldn’t even afford the drive-thru. He went back to the drawing board, took a hard look in the mirror, and realized that he needed to rethink everything. After retooling every piece of his life, Peter went from broke to a 6-figure income and a best-selling book under his belt. But you don’t have to learn things the hard way– Peter’s pain can be your gain.

Join Peter for this class, and you’ll learn how to:

Peter has used his formula for success as a serial entrepreneur in 7 different industries, trained over 4500 entrepreneurs and built an 8 million dollar sales organization. His best-selling book 6 Months to 6 Figures documents his personal journey from dead broke to a 6-figure income. Peter’s strategies have been featured in Forbes, Entrepreneur Magazine, Huffington Post, Business Insider, and Time.com.

Peter Voogd started his first business when he was 15, and found himself broke, stressed and discouraged by the age of 22. By 23, he made his first 6 figure income, and 3 1/2 years later his earnings were over 1 million. He then took the same formula and applied it in another industry. Despite the challenge of lacking training or experience, he became the fastest manager to reach $1 million in annual sales in his company’s 60 + year history, but left his 6 figure income because he felt his magnitude of mission growing.