95% Of Russell Brunson’s Own Customers Couldn’t Get Access To Funnel Hacking Live, But We Did… And We Took Notes On Everything…

It’s packed with some of the biggest names in Internet Marketing.

This year was NO different with…

…and over a dozen other successful marketers spilling their guts and giving away some of their best methods for making money with funnels.

The odds are, if you’re reading this, you did NOT attend the live event.

This thing sold out super fast!

Most of Russell’s own customers didn’t even get a chance to get in on this event.

And that’s for a reason…

Methods shown at this event were just too powerful to release to the public.

Unlike other events that open the doors to thousands of people.

Multiple High-Profit Funnels Were Dissected Into Simple, Actionable Steps, and We Got To See How To Build And Make Money With Each One

Russell is a list-building and email marketing wizard. I believe that more than ever after seeing what he taught us about list-building funnels.

Russell revealed a simple funnel anyone can use to grow or build a list even if you don’t have a product or service just yet. We even got to see real-world examples of people that got PAID to build their list while they were working to get their products or services off the ground.

Again, another cool method for anyone… even people just starting out.

One of the best ways to create a life-changing stream of passive income is with a membership site.

He also revealed how he grew his membership sites to 10,000+ members and the simple steps he uses to minimize attrition.

Trey Lewellen is the go-to guy when it comes to anything Ecommerce these days.

Remember when I said earlier Trey came from out of nowhere and he’s now pulling down 7 figures in annual revenue with his Ecommerce business? During the event, he broke down the EXACT funnels he’s using to get the best results with Ecom.

I was shocked at just how simple his funnels were, and how easily anyone could setup something like this. If you’re into Ecommerce, what Trey shared with us was mind-blowing…

During the event, Jason revealed the 7 funnels he personally created to scale his Amazon business to 6 and even 7 figures using paid ads.

Although most people get nervous about investing money in traffic, the way Jason does it makes it easy for anyone to get a positive return on investment… even newbies.

Whether you want to do anything with Amazon or not, there are so many takeaways and ideas that Jason just seemed to throw out during his time on stage… I got so many ideas from Jason… yet again! 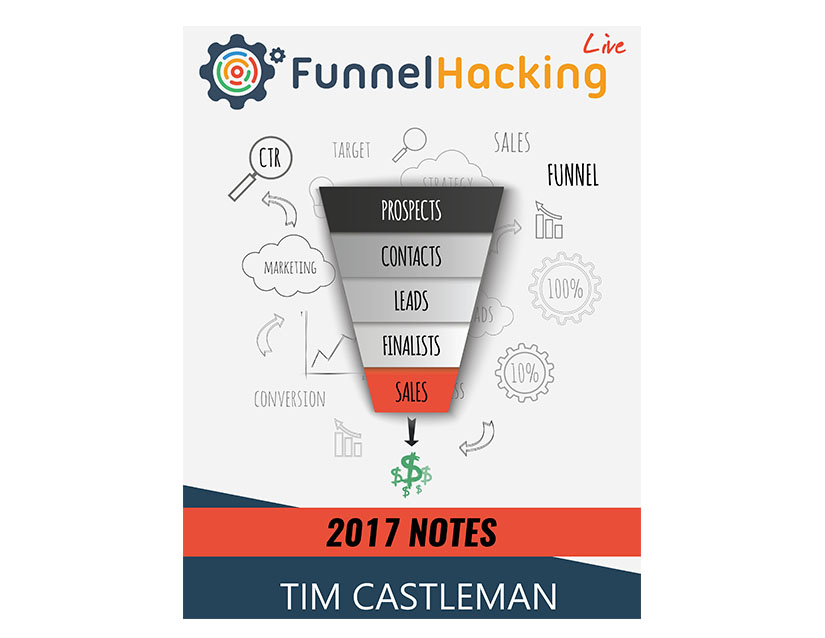 Again, Russell shared his expertise during this bonus session where he revealed how he has created winning funnels for supplements.

He let us look behind-the-scenes at what he and his team created for Neuracel. Russell also showed us a supplement funnel that was created for a company called Pruvit that is banding $300k in sales daily.

Are you starting to see a theme?

There’s no question that there’s BIG money in events.

Darren Stephens knows that. In fact, we learned that his record for a single weekend is $2.5 million in sales from one event with just 100 people. Crazy!

He walked us through the frontend and backend funnels he uses to get great results with events. These funnels are pretty simple, but work time after time.

Kaelin and Brandon revealed how they were able to take their company from zero to $200k per month using a completely unique Social Webinar funnel that they came up with.

They showed us everything from the simple steps to getting this setup, how everything works, their results, and how to use this to sell any type of online training or continuity.

If you’re looking for a simple funnel that you can use to get big results quickly, you’ll love this one.

We learned how Justin and Tara Williams used simple podcast funnels to launch a coaching business, an online marketing business, and an energy healing movement.

The podcast funnel makes it easy for anyone to go from a standing start to getting a large following extremely quickly and will also help you get ranked FAST in iTunes. If you’re just starting out or you want to make some big steps quickly, THIS is your funnel.